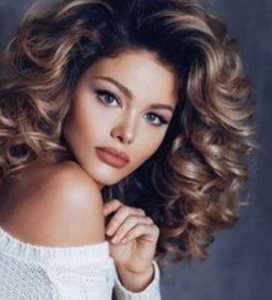 Throwback to the 80’s with memorable hairstyles

The 80’s were a memorable decade. Fashion trends, hair trends, lifestyle choices during the 80’s saw a lot of action and quite a few of the 1980 hairstyles went on to become eternal favourites. Such was the charm of 80s hair that the decade was popularly referred to as the iconic decade of fashion and style. Thus, it is hardly surprising that, even after four decades, the 80s hair ranks amongst the favourite hairstyles. We spoke to some renowned hairstyles in the industry to understand the best 80s hair that are not only back in vogue but have also evolved for the better.

READ MORE:  Is Joining Bonus a Perk or Marketing Gimmick?

Rated either as highly loved or disliked, the perms or the curls have always been amongst the hotly debated hairstyles. While some people are blessed to have natural curls, and are often found complaining about them, there are plenty others who go through the extra effort to get chemically treated curls. The perms were amongst the highly popular 80s hairstyle for women, and it is hardly surprising that it has survived not only the test of time but also has a steady base of followers, including the author. In the 21st century, as everything modernized, so did the style with people choosing the beach waves and bouncier curls over the tight curls.

READ MORE:  How To Save Money When Purchasing Off Road Caravans In Australia

Highly popular in the middle of the 80s decade, the mullet was a style that was common to both the genders. Short at the front and long at the back, the mullet was considered an artistic representation of an original mullet. Sported by many people, especially at rock music concerts and parties, the mullet involved raising the hair as high as possible. Such was the popularity of the trend that often siblings, friends, were all seen sporting the same hairstyle, which differed only due to the length of the hair. From fashion trendsetters to atheletes, the mullet was popular across the class of people.

The Ponytails with a twist

A ponytail is the hairstyle that has stood the test of time and has been popular for decades. No fuss, easy execution, minimal effort are some of the keywords, which are best suited to describe the hairstyle. The 80s hair ponytail, however, came with a twist. During the decade, the otherwise inconspicuous hairstyle was made to stand out due to the use of a simple accessory known as the scrunchie. The very basic accessory, suddenly upped the game for ponytail by allowing people to be as creative as possible both with the choice of colours for the scrunchie and also the positioning of the ponytail. While being more popular amongst the girls, the scrunchie ponytail was eagerly adopted by women of all ages.

Originated in the 1980s, the crimped hair has since gained popularity a few times. Created by passing the hair through a crimping machine, the trend gained a lot of traction amongst the millennials. Based on the individual’s preference a crimping machine can easily help create either a tight crimp to a medium sized crimp, in a relatively short span of time.  The modern take on the 80s classic involves crimping the hair throughout only to brush it through for a brilliant look.

The punk era came with its own sense of style. Edgy, wild and rebellious were the themes behind the punk. The Mohawk makes a style statement wherever one goes, and makes him the center of attention. Easily adaptable with either trimmed sides or a full beard, the Mohawk transforms the look of an individual and announces the presence of the individual.

An iconic style from the best 80s hair, Jheri curls were sported by celebrities such as Michael Jackson, Ice Cube etc. The Jheri curls are nothing but a particular style of perm hairstyle, which is created as loose but completely defined curls with glossy finish. The statement style comes with a retro appeal and is suited to work at any lengths of the hair.

The hairstyle came into existence out of the 80s music scene. Comprising of spikes, and also mohawks, the punk hairstyle was very popular amongst the lovers of hard rock music. Easy to create and needs no particular hair length, the punk has survived the test of time and routinely resurfaced to make people stand out. The hairstyle is more pronounced when the hair is dyed in certain shades and to complete the look we strongly recommend wearing leather jackets and pants.

The 80s decade was quite an experimental one when it came to hairstyles. Aside the above listed ones, there were many more popular hairstyles such as the whale spout, bow barrettes, the shag haircut, pompadour and aqua net bangs. Over the last four decades many of these hairstyles have come back in vogue with a few minor iterations.