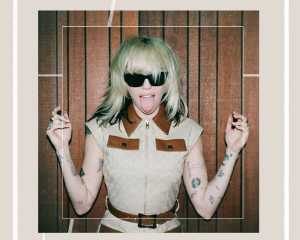 The 1980s Hairstyles are back and better than ever

If you’re someone belonging to the generation alpha the 2000s and beyond, the chances of you giggling or gawking at the hairstyle of your parents are pretty high. The hairstyles of the young days of your parents, and particularly the 1980s hairstyle would have evoked such a reaction. However, before you start to pooh-pooh the 80s hair, take a pause and look hard. Chances are that you would find some of those vintage hairstyles to be quite apt to meet the current fashion trends. Some of the best 80s hair with the modern ensembles is the look of decade and rightly so. The 1980s were a game changer when it came to hairstyles. From quick and easy to maintain styles to superbly stylish and eye-catching, the 80s hair had something to meet the taste of every individual, who was even remotely conscious about the sense of fashion and style. Thus, it is hardly surprising that in 2020s the 1980s hair styles for women are back in trend. Here are some of the best 80s hair that are back in vogue and quite popular even today.

READ MORE:  AXIA Coin: Opportunity and Prosperity for All

The curls were the rage in the 80s. It was the time in history when people were so fascinated with curls that almost everyone wished to have it. During the entire of 80s, there were multiple iterations of the bangs. While the people with natural curls had their moment in the sun and could easily flaunt the styles, the people with straight hair were more than happy to have the hair permed to get those curls. The trend was a highly popular fad of the 80s and it has found a new life in 21st century in a new version, wherein people have just swapped tighter curls to beach waves.

The Boss Blow Out

The 1980s were the decade when women joined the workforce in big numbers. Many of those career women, went onto become highly successful and in no time rose in the ranks. This meant that the career women needed power dressing and style. Suits and blow out bangs were the solution. The simple but classy look could be created in just a few minutes. All it needs is to flip the hair upside down and blow dry it to lift the roots to add volume and airiness. Working in some volumizer to the roots helps keep the lift in place and sets you for the day. Pair up the hairstyle with suits or with dresses, the boss blow out works well in all situations.

READ MORE:  What Are the Top Technologies Used to Develop Mobile Applications?

The 80s hair ponytail came in varied styles. The popular ponytails of the 1980 were the high pony, the whale spout, the side pony, and the neon scrunchie look. Each of these ponies helped create a different look. One side of the pony spectrum involved the whale spout involved putting the hair all up and get it as high as possible such that it splits into the desired whale spout, whilst the other side i.e. the neon scrunchie ponies ruled the gym hairstyle. In the present times, the side pony has reinvented itself by having the bangs that are opposite, instead of bringing it all to focus at one point.

An adaptation of layered cut, the punk rock shag was perhaps created as a unisex hairstyle. It hasn’t changed much over the last four decades. It’s a great way to create volume in short hair. Cool then and even cooler now, the punk rock shag is just an effortless style, which works by creating feathered look at the top and thin hair at the fringes.  Soft layers, tons of body and marginally distressed look that is sometimes with contrasting roots (if you please), the hairstyle makes you appear cool. Thus, it is hardly surprising that it was the trend setting runway look for 2022.

Listing the best 80s hair, and not mentioning the big volume would be unfair. The ultimate 80s hair the big volume simply meant adding as much volume to the hair as possible, and boy it is quite popular again today. Get a comb and start teasing your hair to add volume. Additionally use some products such a mousse to hold that volume and you’re set to go.

The replacement for hair ties, these clips were rather similar to the claw clips. With the basic purpose to keep their curls and the volume in place, that would otherwise get spoiled by hair ties, these banana clips came highly adorned with pearls, rhinestones etc to add to the drama.

Besides the ones listed above, the other 1980s hairstyle that are making a comeback are slick back, sleek bob with bangs, the mullet and the bow barrettes. Try one of the 1980s hairstyle in their modern adaptation and rock your modern ensemble with a vintage hairstyle.