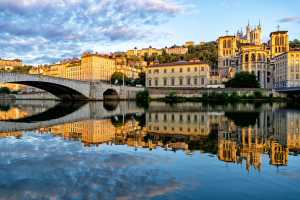 How You Can Control Water Pollution in 2022

Did you know that around two billion across the world don’t have access to clean and pure drinking water? In one way or another, the water source they use is contaminated, and water pollution is to blame for it.

It’s a serious issue and one that we need to address. The best way to do this is by controlling water pollutants and their access to open water sources.

Here are some ways that people are doing so.

Rainwater tanks can help reduce the amount of stormwater runoff by storing water in your yard. This is especially useful if you live in a country with seasonal droughts, like Australia. Rainwater tanks are also great for watering plants and gardens, filling up swimming pools, or topping up your car’s water tank during dry spells.

Permeable paving is the best way to ensure water doesn’t pool in large quantities on your property. Porous concrete, asphalt, or stone are all materials that can be used to cover surface areas such as driveways and parking lots so that water seeps through rather than collects in puddles.

This type of paving allows rainwater to filter into the ground rather than collect on a hard surface where it can cause flooding or become contaminated with other pollutants, like oil spills and litter.

While runoff from streets and parking lots is a major source of water pollution, it’s also important to remember that we are all directly responsible for the water quality in our own backyards. Whether you live in an urban or suburban area, there are a few steps you can take to reduce runoff and improve water quality.

Start by using native plants instead of non-native ones. Many people think they will save money on maintenance by planting grasses or trees that require little care. However, these choices can actually increase the number of pollutants entering our local waterways through stormwater runoff.

Native species need less irrigation than exotic plants do, so this reduces water usage as well as pollution levels. Plus, choosing locally adapted plants means saving money by reducing unnecessary expenses associated with importing them from faraway places. This goes for both residential landscaping projects as well as commercial developments.

Maintaining soil health by avoiding chemical fertilizers whenever possible is another way people are preventing water pollution. During heavy rainfall, these chemicals are washed into open water sources. As we can learn by studying the Camp Lejeune incident, the situation that follows the spread of such chemicals into open water sources is not a good one.

READ MORE:  How to Change a Honeywell Thermostat Battery?

Studying the Camp Lejeune Lawsuit will give you a good idea about the impact such contaminants have on water and the people who later used that water. The presence of chemicals like trichloroethylene (TCE), perchloroethylene (PCE), benzene, and vinyl chloride led to many people living in the Camp Lejeune area suffering from cancer.

Thus, if you’re ever thinking of disposing of chemicals in open water sources, think of the Camp Lejeune victims first.

Many household products, such as cleaners and solvents, contain chemicals that can be harmful to the environment and living beings. To protect the water supply and prevent contamination, it’s important to make sure these chemicals are disposed of properly.

READ MORE:  When Should You Get a Termite Inspection?

You can find drop-off points in your area by checking local government websites or calling customer service hotlines listed on product labels. When you’re ready to recycle your household chemicals, ensure that:

Using a Gray Water Recycling System for Your Home

Gray water recycling systems are a great way to reduce the amount of wastewater that goes into the sewer and, ultimately, the ocean. Gray water is defined as all wastewater generated in your home except for sewage and toilet waste.

By using a gray water recycling system, you can reuse the contents of your laundry machine and shower or bathtub without having to discharge them directly into the sewer or septic tank. The idea behind this system is simple. Gray water flows from your house through pipes into an underground tank or cistern, where it’s stored until it can be used again by plants around your home.

At present, one-fifth of river basins across the world are dealing with water availability issues. On top of that, there are over 2.3 billion people living in water-stressed countries – countries that lack clean water sources. Thus, it’s vital that we tackle water pollution on a global scale and with all we have. The sooner we do so, the more inhabitable we can make this world.