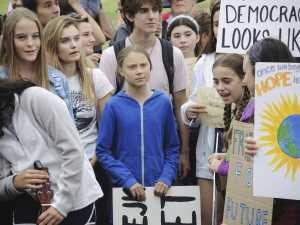 An educational institution is entrusted with the education of students. However, what we considered a part of the learning process has expanded in the prior years. Academic excellence is not the only thing institutions seek these days. They seek inclusion, diversity, and advancements that focus on the various needs of students. Digital learning has made all of these things possible. By using tools such as fees management software, assignment management system, and much more, schools and universities have enhanced the quality of education they impart.

Is this all a child needs? Certainly not. The observed through the pandemic how institutions went over and beyond with the tools and types of technology used to make education more comfortable even through screens. LMS portals dominated the scenario. This shows the capacity of a student to adapt. Similarly, students reflect the qualities as per the school’s cultural and academic values. However, the present generation can adapt to anything but climate change.

The 21st century has witnessed the drastic effects of climate change. And there is no better start to spreading awareness about its causes and controls than from the younger generations.

Why should students know about climate change?

Because it is changing the world they live in, reducing their chances of survival in the future. Climate change is supposed to bring such adverse and extreme weather phenomena around the world that human life could be near extinction if no steps are being taken against it.

Student participation is necessary because they would grow up to live in such a world that is constantly polluted and going through several degrees of temperature increase every year, and witnessing the planet crumbles. The 21st century has also seen the rise of student activists with increasing impacts of climate change.

Who is an activist?

An activist is an individual who participates in activism, or the efforts to directly promote A cause whether it is social, environmental, political, economic, or cultural. Their motive is to change the perspective of society for the better and drive individuals to take part in their activism.

Who is Greta Thunberg?

Theoretically stating Greta is currently a 19-year-old popular climate change activist and campaigner. She started her act towards a better cause at 15, outside the Swedish parliament five years ago. What started as a school strike for climate slowly grew into a majority of student-supported protests where students would organize strikes every week to spread awareness and demand government action.

READ MORE:  How to Become a Class Valedictorian

By the end of 2018, Greta already had the support of thousands of students from all over the world- mainly from Japan and The United Kingdom. It stirred the hearts and minds of not only students but individuals from all over the world. If a child, so young, could be mature and aware enough to understand the impacts of climate change and actively give up hours offer education to work for this course, how big could the problem be?

The answer is- pretty big.

The Arctic is the most impacted ecosystem, that is melting at a rapid rate. Adverse weather phenomena such as rising sea levels, intense temperatures experienced all over the globe, or the direct effects which indirectly impact people and animals’ livelihoods.

READ MORE:  Why Montessori is the Best Preschool: Research and Tips for Parents

The effect started quite mildly. Abrupt extreme weather changes were few and not noticeable come but when the two-degree temperature rise of the planet was observed by scientists, it was official. although countries have joined hands, taking steps through protocols like the Montreal protocol, the Geneva Convention, and Kyoto Protocol, there is more active participation required to bring climatic conditions back stable.

Over the past seven years, Greta has met world leaders and sailed across the Atlantic to prove it is possible to function without fossil fuels, a major cause of climate change. She is the angry activist, role model, and reason for inspiration to millions of students who have a dream, motive, or cause. All they need is their voice to speak up for what they believe.

The world needs to act quickly on climate change, and Greta has contributed to accelerating the process of students participating in the cause. It is students like her who have the power to change the world.