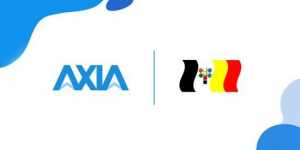 Unless you’ve been living under a rock, you’ve probably had some kind of exposure or at least heard of the boom of cryptocurrency throughout the world. Digital currencies like Bitcoinand Ethereum have swept the world in recent years.

All of these coins are different from one another and have their pros and cons.  A new up-and-coming project that is different from all of them is AXIA. It’s the world’s first hyper-deflationary network, AXIA, and currency, AXIA Coin, which becomes scarcer as more people participate within its blockchain and accompanying ecosystem. Constantly increasing scarcity alongside the utility and use cases that are always being added through development creates a very rewarding structure for AXIA participants.

READ MORE:  Roulette Bonuses at Online Casinos: What can you expect?

The AXIA Network and AXIA Coin is certainly the way of the future, but how does it work you ask? Follow along here and we will go over some of the features that make this project different from the rest.

The hyper-deflationary tokenomic model of AXIA means that the coin supply is consistently decreasing over time as more participate. This system creates a positive feedback loop in which anybody’s participation can have a positive impact on everybody else in the system.

READ MORE:  How to Organize Your Team Day: Checklist of The Essentials

With AXIA Coin, every time a participant engages in staking, transactions or other activites,coins are always burned to create more scarcity.

Because of this, AXIA Coin truly is a currency for everyone, no matter what their economic situation is, making it a crypto coin for the masses.

AXIAusers can generate daily AXIA Coin rewards for themselves through use-to-earn apps like AXchat (messaging app) and AXplorer (privacy-focused web browser). These apps have the same functionality as the ones developed by big tech, but instead reward users for their time whereas in the traditional system the value is always siphoned away from them. More use-to-earn apps are launching soon, which will only compound the rewards that can be accrued by users..

By simply doing what you were already doing before everybody (chatting with friends and family and surfing the web), you’re able to consistently accumulate rewards in a hyper-deflationary digital currency over time. This is extremely beneficial for people in terms of rewarding them for the activities they were already engaged in, and is a perk that no other project offers.

Through the AXIA Member Rewards Center, you can manage your portfolio and view rewards earned each day, making this one of the most user-friendly crypto rewards programs in the world.

The problem with most cryptocurrencies is the fact that they are cumbersome to use in everyday transactions. Many countries will not accept them as a form of payment nor do all merchants recognize them as legitimate methods of payment.

This requires an inconvenient process of having to sell in order to liquidate your purchase through an exchange, inserting time and effort into using digital money for real-world applications.

With AXIA, participants order use a debit card that can be used anywhere and everywhere around the world for tap-and-pay or online purchases

This delivers more utility to AXIA participants around the world, again in a way that isn’t readily available across other projects.

Other Major Benefits of AXIA Coin

While the aforementioned reasons are some of the best reasons to get started with AXIA Coin, there are many other awesome perks that maks AXIA the most rewarding project to join in the space.

READ MORE:  The Different Methods of Pest Control (And Which One is Best for You)

The decentralized AXIA Networkcreated ongoing scarcity of its native currency while always prioritizing safety, security and speed on behalf of its participants.

There is no barrier to entry, meaning that regardless of your background, socioeconomic status, etc. there is always a place for you to get started in the ecosystem; with an internet connection can start earning rewards today.

We challenge you to check out AXIA today and find out why it’s a project that will play a significant role in the space for the foreseeable future.